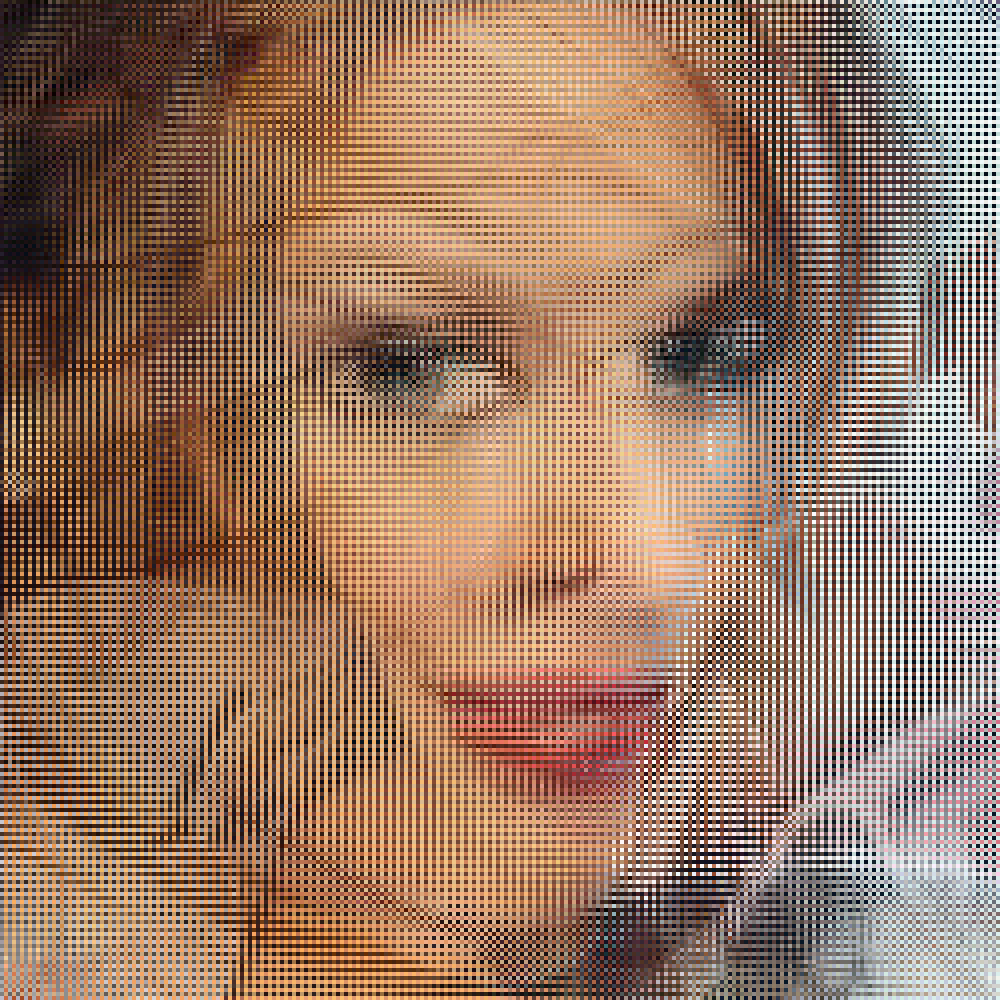 2005
In my pixel portraits series I create a portrait by combining pixels from existing photographs. The first portait I made like this was the portrait of Kylie Minogue.

In my pixel portraits series I create a portrait by combining pixels from different existing photographs. When you see this new picture from a distance the pixels blend together into a new picture, when the source pictures are well aligned.

The first portait I made like this was the portrait of Kylie Minogue.

I wanted to make a digital Andy Warhol.

Actually I wanted to make a composited picture without losing the sharpness and brilliance of the original images.

But I also wanted to pay homage to Kylie Minogue.

I wanted to make an image that resembles an image in your mind, as you remember it; not as sharp as the original image, sort of blurry in certain areas, but immediately recognisable.

I wanted to make the essential, iconic, portrait of Kylie Minogue.

So what better way to start than with 4 existing iconic images of Kylie Minogue?

The starting point was rather technical; seperating the images at the level of the pixel, they are combined into one picture as a whole, a technique resembling pointillism. I thought this would create a brighter clearer picture than when I just blended the images using opacity.

I think I was right:

When I made this image it was surprisingly hard to find large enough images to crop the face from on the internet. So I ended up making the portrait 250 x 250 pixels in size, and enlarging it to 1000 x 1000 pixels so you could really see the pixels.

To me the pixels work like dots of paint. And they are a nice affirmation that the image is digital, and is born from digital images.

The result is an ephemeral digital image that is nothing like a Warhol Monroe, but that is nonetheless a tribute to a digital superstar and a reflection on digital media and imaging.