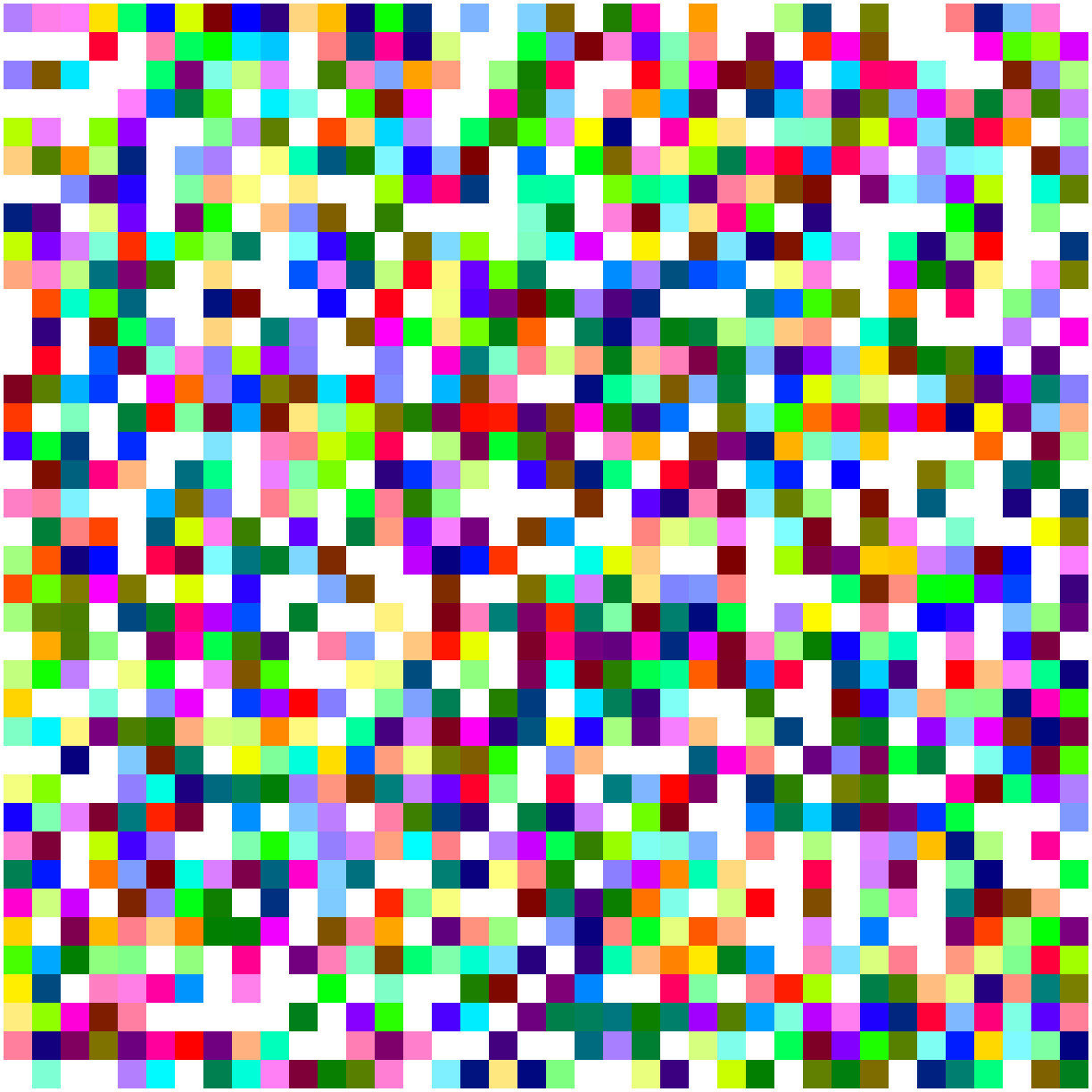 This is the third series in works based on Spectrum Colors Arranged by Chance, after Ellsworth Kelly. The second one used pure full saturated RGB spectrum colors, presented in the way of Kelly (same number of rows and columns of squares). This series takes a middle approach… in that next to the full RGB colors I generated some lighter and darker colors as well.

Then presented them in Random order.