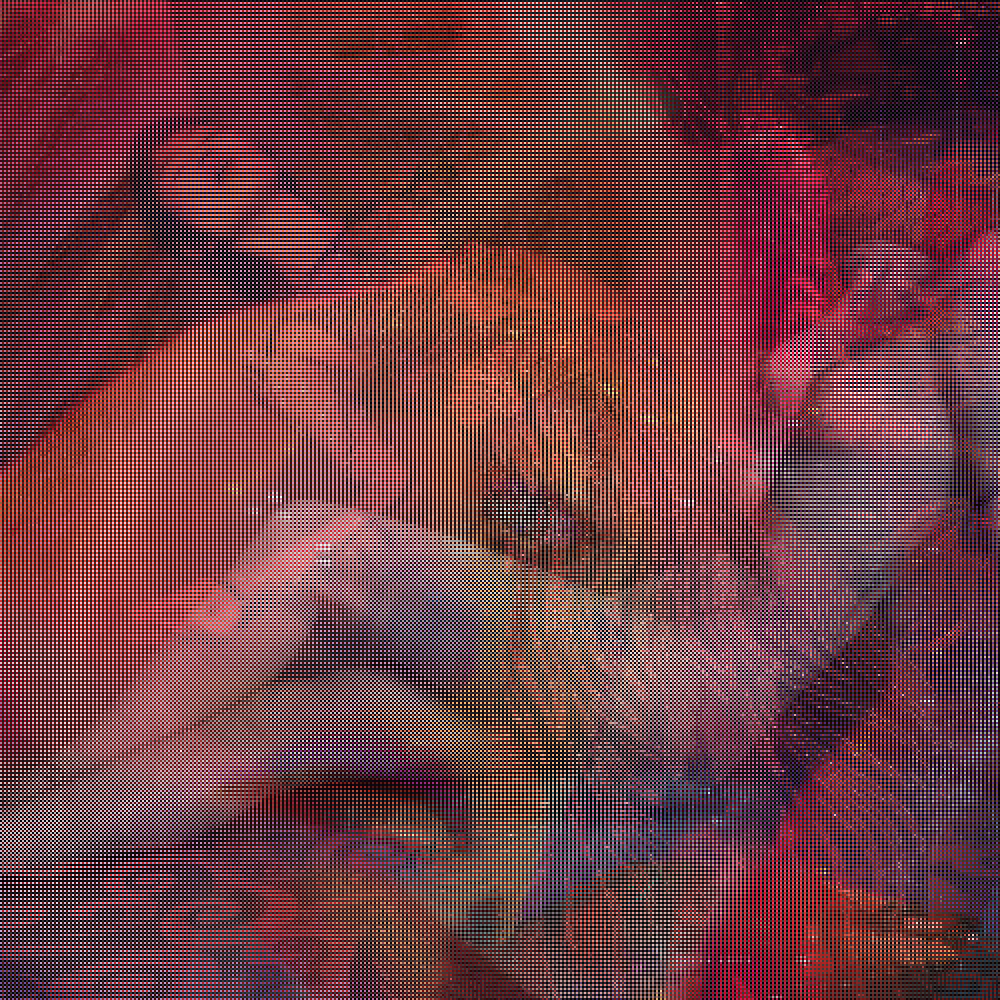 This is another experiment in automating the process of making pictures like I made the pixel portrait of Kylie. The first experiment was using pictures of one model, now I wanted to look what the result would be when I used a more diverse collection of images.

So I collected used the same program as I used on Candice on a range of fashion images that were definitely not portraits. And I named the series simply models. Again the program would randomly select 4 images, crop the middle to a square, resize and swap the pixels.

I generated 1000 portraits this way and selected 8 as the resulting series. Because I had no likeness or appearance to refer to I could select based on other aspects of the image: how painterly the resulting image looked. How sometimes a very pleasing pattern would arise from the combination of two photos, how bodies seemed to merge into one…

It would only later occur to me to name the whole concept / series m0dels. I liked the effect some of these images have, but in the end I thought it more meaningful and conceptually pleasing to aim for iconic portrait to be made with this technique. So all the editions after this one use a single model as the source again.

This work belongs in: m0dels, NFT