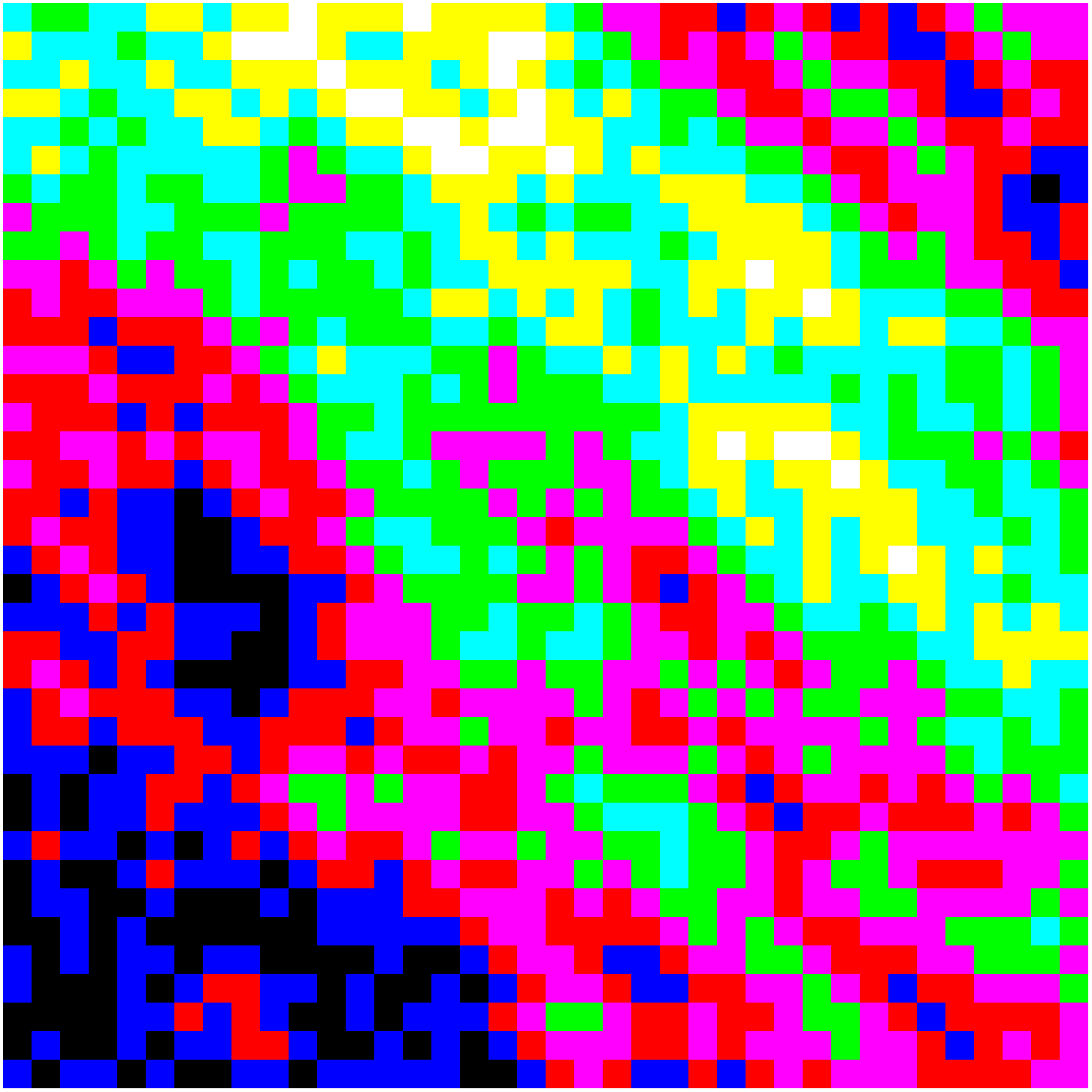 2022
RGB spectrum colors, based on TV test bar colors, arranged by chance, but with more rules.

So continuing on the previous series of Spectrum Colors Arranged by Chance, after Ellsworth Kelly based on the 8 primary TV test colors, what would happen if I put more rules on the randomness?

I decided to build some more rules in the system. The colors now had to randomly chosen, but had to be positioned next to their original neighbors in the test graphic:

So cyan could follow yellow, or cyaan, or green. I started at the top left with a random color, and filled the image row after row, and every new square considered the square that was already placed before it, to the left and to the top:

predictably: a diagonal tendency emerged. Again; I made a 1000 versions, then selected the 10 I liked best. Some of these I chose for the extreme lack of different colors. Others because they reminded me of primitive Teletext art, and I began seeing roads with puddles in them, and faces of monsters and pinups.