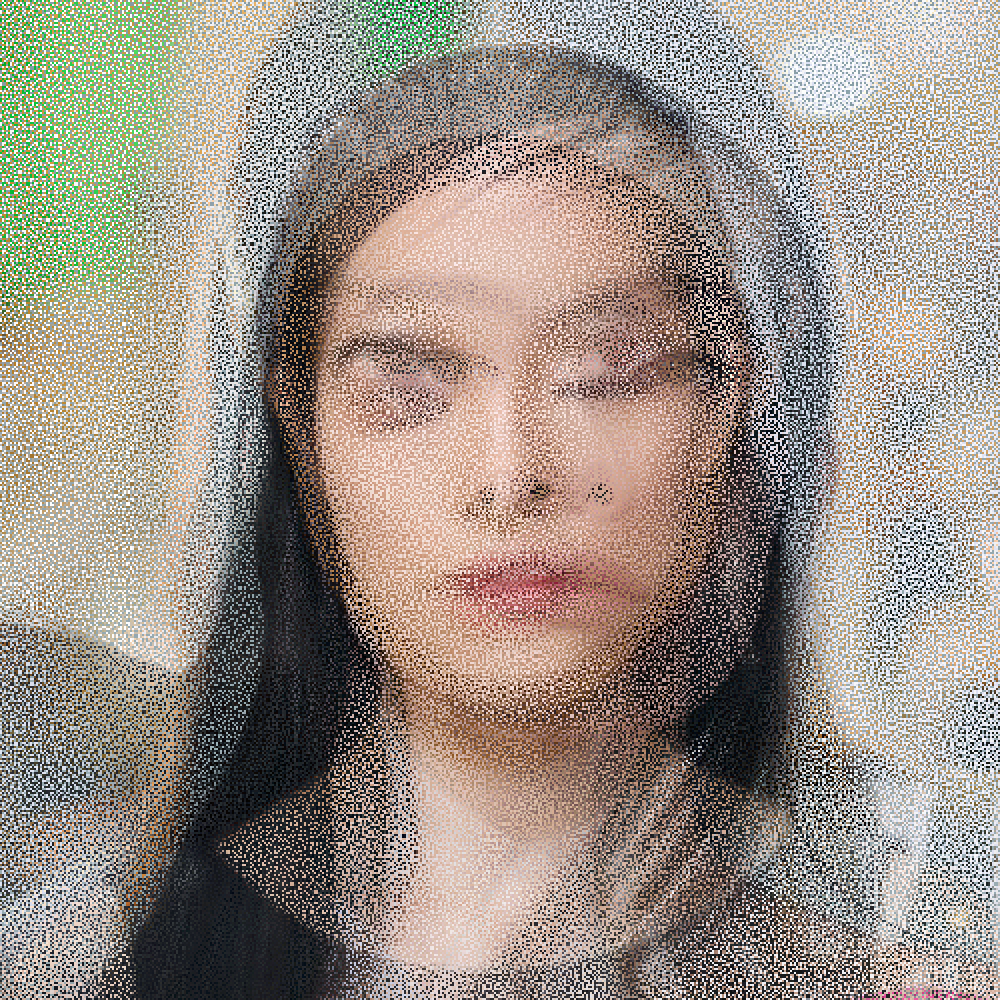 In my series of pixel portraits using a computer program I am looking for new ways to use the same technique. After I prepared the images by cropping them to portraits in the Lara series, I though it would be interesting to play with the pattern in which I placed the copied pixels from each source image.

The resulting images were even more painterly than I found the original concept. The misalignment of eyes and other features added to the painterly effect. As before I generated 1000 images and chose what I thought were the best 8. But maybe because al lot of the source images were rather similar, of Fei Fei on a fashion runway, or maybe the randomized pattern made the overall texture touch more prominent and important that the details of the individual phases, they are more consistent and alike than the other series of 8 portraits that I did so far:

All the pictures from the m0dels series are available as NFTs on the Rarible marketplace.

This work belongs in: m0dels, NFT