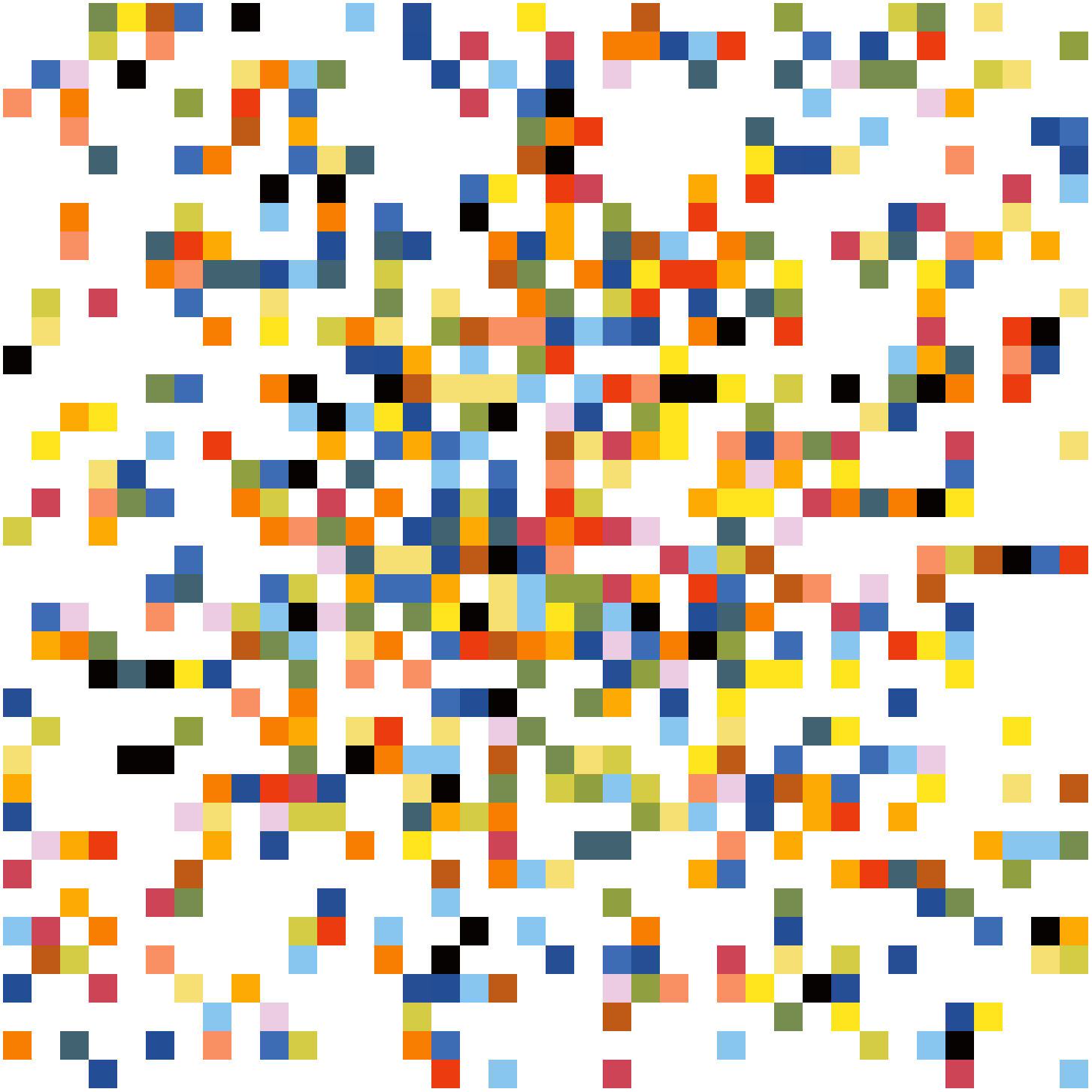 2022
Spectrum colors arranged by chance, series 5, based on a hint I read on Ellsworth Kelly's procedure

This variation on Spectrum Colors Arranged by Chance, after Ellsworth Kelly was based on something I read about Ellsworth Kelly’s process: that he ‘worked from the edge’. I decided to build up the picture by starting on the outer edges and working my way inward in a spiral. At the edge there are as many white blocks as there are colored ones, with every step inside I would lose one more white block.

This series was made before I visited the Stedelijk museum library to peruse the Catalogue Raisonnee and read the most in-depth description of these works that I have yet encountered. In it I learned that Kelly indeed set some rules about the ratio of white / colored squares, and for example how many of each color should be in the piece overall. The collages had not only randomness, but very strict guidelines or rules as well.

The rules for this series were set by me before I knew of any of Kelly’s. So for example the colors are truly randomly chosen, not limited to a certain total, and there are no rules about adjacent colors.

For the colors I tried to make an educated guess on what they would actually have been like, based on the many variations of pictures of the collages that I found. I tried to select / create colors how they would have been when they were new and fresh, not faded and yellowed after 50+ years.

Again; I made a 1000 versions, then selected the 10 I liked best. I like how these very much look like a brighter newer version of the original collage.